Be an iguana and save the world from evil.

This is a demo of a game based on Oddwarg Animal RPG, a 2003 Game Maker game by my longtime friend and mentor. I played it extensively as a child, and it fueled my curiosity for programming. Nowadays, I find there is a sweetness about its naivete and unique understanding of what an RPG is. With this project, I am exploring my nostalgia for the original game (and its unreleased sequel). Another major, although not totally visible, goal for this project is to create development tools that meet my high standards.

Currently, I have only created the first "chapter" of the game. When completed, there will be at least four chapters, and I will likely sell the game for a few dollars. I don't want to work stupid jobs anymore. I don't expect to live off of the work that I enjoy, but this could be a start.

I love the character customization!

Its such a cute game! Amazing Job!

By looking at it, I can tell at a glance that you didn't go down the conventional way with classic game engines like Unity and Unreal Engine so first, I must respect the engineering talent that you've put inside this work. Well done.

About the actual game, everything feels nice and coherent. The art style is consistent and doesn't look out of place. The music and sound effects blend well to create the atmosphere. It feels right.

Also, I haven't noticed ANY bug during my whole playthrough after having completed the game so, also props on that! The player feels really responsive and easy to control, which is another plus!

Feedback (to go even further beyond!!!):

About the duration of the game, I can't say anything about that because this is a demo. It's supposed to be a short demonstration about what the full game will look like.

Other than that, I'd like to say that maybe the game could reach another level by having an upgrade in art style. Honestly, I'm REALLY not trying to be rude here, I understand all the hard work it takes to make a game... but to be real with you, mechanic wise EVERYTHING is fine. The game feels nice. If it could look better than that, more people would be willing to give it a shoot. Videogames are mainly a visual medium. You try games that look good! 🖼️

I'm really curious to see how this game will evolve in the future. This demo was already a solid entry to present the way the game should feel like in the future. I wish you all the best mate! Great job! 💪

Amazing demo! I can tell you put your heart into this project c:

I love how I pop into existence and it says a great evil has arrived lol. I thought it was talking about me at first.

I think I foudn a bug, if you collect the key and then buy stuff the key disappears?  I can't get into the tunnel.

Hmmm you’ll have to be more specific!

Very nice! Seconding the comment below regarding the final boss, I keep jumping at it and avoiding its radius blast when I pop all 5 balloons but it seems to just keep repeating. Really like what's here so far, it feels so chill and esoteric, fresh yet familiar

I’m glad you enjoyed it. The boss enemy has a lot of health to encourage you to grind for level ups. In future releases, enemies will have health bars so that you can better strategize and have an idea of how strong the enemy is. This came after some internal debate, because Oddwarg Animal RPG does not feature any health bars (not even for its tanky bosses!), which I found charming!

I like your description of the game. Thanks for playing.

Maybe not a health bar then, just some small visual change? Since the balloons already provide some visual information, maybe a change in the boss's expression, or a change in its shield? Having no health bar is honestly a neat idea, but I feel like there should be at least some indication that you are making progress. If there's no apparent change after the 3rd time i try something I tend to assume I'm doing it wrong

I really liked this game and the little town of characters. I think the part where you float between the water in the temple was really hard though and I kept falling in and having to retry. Also, for the final boss, I wasn't sure that I was making progress because each phase seemed the same. Maybe try a subtle variation like increasing the number of balloons or changing their expression so that we know we're making progress.

The game of all time

I've acquired two keys, but neither of them open the locked temple. Am I doing something wrong?

You should talk to the oracle for advice!

I think my creation resents its existence. 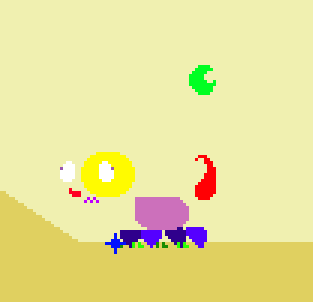 Joking aside, though, this is a really cute game.

I love this game

Thank you, I loved it. I wish there were far more games like this in the world. In fact if I could encourage you a little... please do make the full game! I'd love to play it. Best of luck!

STANDING HERE
I REALIZE
I AM ON YOUR SHELF
WHY DO YOU OWN THIS SHELF?

That is a pretty amazing demo :) Loved every second of it, My only problem was difficulty curve and save points and repeating certain areas over and over because the save point is far away from where I need to go but it was not that much of a big problem, minor thing :)

Looking forward for the full game, this is pretty nice and cute and I really loved it :) Thanks for creating it :) 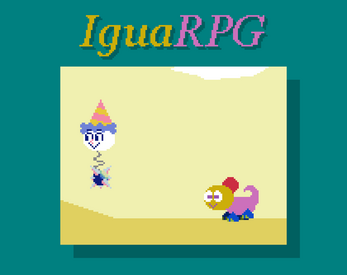